CBD oil and Its Effect on the Stomach 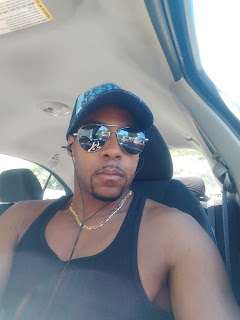 With hemp oil products being legalized in different parts of the world, the medical field has increased its use of CBD oil for treatment. Of all phytocannabinoids, CBD oil is the most recognized for use in medical and herbal treatment practice. Cannabinoid oil is a little-known natural remedy with many health benefits for the digestive system, pain, inflammation and mental health disorders. It is widely used as it does not lead to dependence, as well as its non-psychoactive trait. Its benefits have been studied and tested over the years with several positive testimonials in its success in the treatment of gut complications. Research is still on-going to make the most of the components of CBD oil in the medical field.

How does CBD Oil Affect the Stomach?

CBD oil influences the working of the endocannabinoid system, which plays a role in several physiological processes of the digestive system, including the stomach. CBD oil helps in the treatment of inflammation in the stomach reducing pain and controlling bloating. It combines to receptors of the ECS system such as CB1 to reduce the production of gastric acid and prevent mucosal lesions along the lining of the stomach usually induced by some NSAIDS, stress and anxiety, and excessive alcohol consumption. Controlled gastric acid production helps to prevent hyperacidity which causes discomfort and irritates stomach ulcers.

A study conducted on mice with inflammation of the gut showed that they had elevated endocannabinoid levels in their system. This meant that the body's ECS system was not able to moderate these levels on its own. Upon introduction of CBD oil in the treatment, the boost by the oil reduces the motility of the gut offering relief for pain and reduces inflammation. The same mechanism applies to humans only that the concentration used in the treatment is more than that tested on the mice.

Most of the conditions that are caused by inflammation can be treated using CBD oil. It is also used to relieve pain and other symptoms while on the primary treatment by other drugs. CBD oil treatment should only be taken by prescription from a medical practitioner especially if used alongside another medication. This helps to prevent adverse reactions that may be caused by drug interactions when using two treatments concurrently.

Gastritis affects many individuals at some point in their lifetime. It is painful and highly irritable to persons suffering from it. The main symptom is inflammation which gives rise to other symptoms such as heartburn and indigestion. Taking CBD oil improves receptors ability to reduce inflammation. ECS receptors on the vagus nerve that transmits signals from the stomach to the brain are further activated by CBD oil, boosting how they transmit signals and influence the perception of pain. Reducing pain keeps individuals at ease, and with reduced inflammation, optimal gut health is restored. CBD oil triggers release of a compound known as anandamide that helps control the body's reaction to tissue damage.

Crohn's disease is a disease caused by inflammation that affects any part of the alimentary canal. It is more common in the small intestine but affects individuals in the stomach as well. Crohn's disease may lead to the development of ulcers in the stomach inducing pain, discomfort, lack of appetite, bloating and hyperacidity. Taking CBD oil helps to relieve most of theses symptoms by reducing inflammation and pain. In a study undertaken to determine the efficacy of CBD oil in the treatment of ulcerative colitis, patients who took a minimum of 50mg twice a day showed significant improvement than those on placebo. It is safe to use the drug up to 250mg in a day, depending on how the patient responds to the drug. This study paved the way for the use of CBD oil in other stomach conditions with a lot of emphasis on Crohn's disease and other inflammatory bowel syndromes (IBS) conditions.

Forms of CBD Oil for the Stomach

There are many variants of oil suitable for different individual's preferences and conditions. These include:

Tablets and Capsules: These are the most common forms of the oil and are easy to use and carry around to take when necessary. The capsule alternative is ideal for persons who have difficulty swallowing non-coated drugs as well as for patients who require delayed-release action of the drug.

Oils: These are ideal for persons with swallowing difficulty. It is also given in this form to people with vomiting complications who have trouble retaining anything in the stomach. In such a case, the oil is administered under the tongue from where it is absorbed through the capillaries directly into the bloodstream.

Vapour: As the name suggests, CBD oil can be vaporized and inhaled to help in acute and sudden stomach condition outbursts. Inhalation method effectively helps to minimize pain as the patient seeks further assistance.

Edibles: These are chewable and sweetened treats with CBD oil infused in them taken by patients who dislike or are unable to swallow tablets. They are still medicines and should be taken with care in the right dosage for safety precaution and to avoid poisoning.

Factors to Consider while on CBD oil Treatment for the Stomach

Just like any other medication, there are precautions to consider while taking CBD oil derivatives for treatment. These help to maximize the safety of users and to achieve suitable desired results.

Dosage: If using CBD oil for the first time, patients should start on the least possible amount. 40mg is recommended for a start, which can then be gradually increased on need basis depending on the patient's tolerance of the drug in their system.

Prescription: CBD oil treatment must be administered by a professional and should never be taken over the counter. This is mainly because its use for treatment is not regulated by the Food and Drug Authority (FDA); thus, safety is not guaranteed.

Drug Interaction: Notify your health care provider of any drugs you are taking before CBD use to avoid harmful drug interactions.